Rosanne Raso, an officer of NEF for more than five years, was honored by her family’s donation of $50,000 to establish the Philip D. Raso Scholarship, designated for nursing education in leadership. Susan Bowar-Ferres, President of NEF and long-time colleague of Rosanne’s, described Rosanne’s history in the New York area as a chief nursing officer in many organizations, the most current one being the Vice President of Patient Care Services and Chief Nursing Officer at Cornell Weill/New York Presbyterian Medical Center. Rosanne also served as the President of the New York Organization of Nurse Executives, a leader in the Brooklyn Partnership for Health, and currently is the Editor of Nursing Management, the journal fostering leadership excellence. The life-long bond that she and her brother experienced deepened and was enhanced during his terminal illness. They often shared discussions and concerns about leadership and transformation of organizations - his background being an executive in IT development.

The second new Endowed Scholarship from the National Student Nurses Association, honoring Diane J. Mancino, long time NSNA Executive Director, was presented by Cynthia Sculco, Vice-President. The now-named Laura D. Smith Scholarship recognized the many years that NSNA has donated scholarship monies to NEF, with the designation that the scholarship be awarded to someone who was a member of NSNA as a nursing student. Diane herself has been a strong donor to NEF over the years, and has supported NEF in many vital ways to spread good news about this source of monies for graduate education. Diane delivered a tribute to Laura Smith, and to the history of NSNA, followed by a gift of the book “50 Years of the National Student Nurses’ Association” which she wrote in commemoration of that celebration.

The evening was highlighted by the introduction of a poignant video created by a former NEF Scholar for both master’s and doctoral degrees, Nancy Roecklein, who has initiated the Circle of Scholars. Joan Arnold, Treasurer, introduced Nancy as a special role model for NEF Scholars. Nancy’s appeal is for NEF Scholars to join the Circle, share their opportunities and activities through the NEF Web site: www.n-e-f.org, as well as on Facebook, and Twitter and to give back to NEF in whatever manner they can. She speaks from the heart and the mind in this video, made in partnership with her son, a videographer; the video is also available on the website.

One of the former NEF Scholars from 2011-2012, Nicholas Perrino attended the Gala to offer his appreciation for his doctoral scholarship which enabled him to complete his PhD at the University of Wisconsin; he now is the Director of Professional Practice at the Hospital for Special Surgery. He expects to be a part of the Circle of Scholars, which was just initiated this past year. We hope to see many other NEF Scholars in the future at this event.

A special recognition was extended by the officers to Jerelyn Peixoto Weiss, our Executive Director, who has significantly assisted and created the virtual organization that NEF has become in the past year. Without her services, we simply would not be functioning!

In her closing remarks, the President, Susan Bowar-Ferres, spoke about
the need for all nurses to incorporate professional give-back in our individual and our collective lives. Organizations such as NEF require giving in all ways, service, ideas, and donations. NEF can be proud that we exhibit that culture. 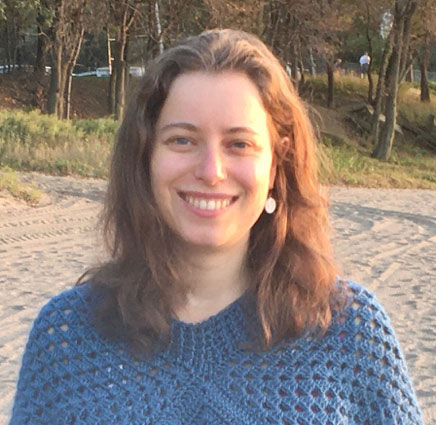 Shai Lev, BSN, RN, PCCN, is the honored recipient of the Lucy C. Perry Memorial Scholarship which will support her final year as a student in the Family Nurse Practitioner program at Kent State University. She... read more.